EXO’s 6th Album ‘OBSESSION’ (EXO & X-EXO Ver.) will be released on November 27th. The album features total 10 songs in various colors & genre, including powerful and catchy title song, ‘Obsession’, which will be out in both Korean and Chinese version.

This is an official release from SM Entertainment and will count towards Billboard and Gaon charts.

• Order Processing Time: (1-3 days, 3-5 days during high volume) after order confirmation. Make sure your address is in English at check-out. • Notice: Pre-Orders have a strict no cancellation policy Customer Reviews
4.9 out of 5
180 reviews
5 stars 168
4 stars 7
3 stars 2
2 stars 0
1 star 3
Add a review Ask a question
Hmm...you don't seem to have purchased this product yet to be able to leave a review.
You have already reviewed this product. If you would like to edit your existing review then please contact us directly.
Something went wrong! Please try again!
Sort: Most Recent Most Recent Highest Rating Lowest Rating With Photos Most Helpful
G
Grace P. Verified Buyer
Oct 12, 2020
Great album I love this album sm!
0 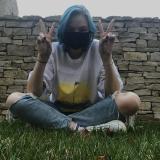 Olivia S. Verified Buyer
Oct 1, 2020
100/10
I was absolutely stunned when this album came out it was so good and every single song is so amazing! The album has so many cool things and I love looking through it every so often... view more!! view less
0 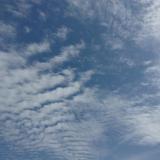