In 2019, Red Velvet has showcased their musical diversity with their concept of ‘The ReVe Festival’. The final album, [Red Velvet ‘The ReVe Festival’ Finale] consists of 16 tracks in total, with four new songs added to the previous tracks of the two mini albums released in June and August.

Red Velvet is expected to end a successful year as they have proved to be the "strongest summer queen" with the highly addictive and wishful song "Zimzalabim", and a sparkling summer song "Umpah Umpah."

One of two covers (Green Ver. and Pink Ver.) will be supplied at random.

• Order Processing Time: (1-3 days, 3-5 days during high volume) after order confirmation. Make sure your address is in English at check-out.

• This is an official release from SM Entertainment and will count towards Billboard and Gaon charts. Customer Reviews
4.8 out of 5
30 reviews 5 questions
5 stars 28
4 stars 1
3 stars 0
2 stars 0
1 star 1
Add a review Ask a question
Hmm...you don't seem to have purchased this product yet to be able to leave a review.
You have already reviewed this product. If you would like to edit your existing review then please contact us directly.
Something went wrong! Please try again!
Sort: Most Recent Most Recent Highest Rating Lowest Rating With Photos Most Helpful 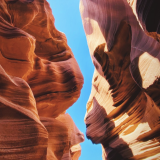 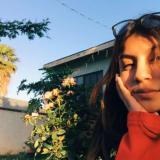 Denisse R.
Aug 20, 2020
Beautifully made It has the best songs made by the best singers and the album itself is so pretty! Everything is great about it!
0

Gavin M. Verified Buyer
Aug 6, 2020
Psycho is such a great song! I love how orchestral psycho is with the rhythm. It's such a masterpiece!
0
I
Isabella L.
Aug 1, 2020
Title track is very good
This was one of the first songs I heard from red velvet and it got me into it, I recommend it to someone who hasn't heard of red velvet and is trying to find a new kpop group to li... view moresten to view less
0 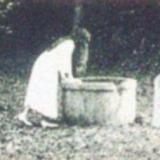 Darren F. Verified Buyer
Jun 26, 2020
Fantastic Album!
This was my first RV album I bought, and the design is awesome, with great, high quality items included! The tracklist is solid and includes all of the previous ReVe Festival track... view mores, making it a really great value! Overall, I highly recommend it! view less
0
Load more
M Miriam S. a year ago
Q: Hi, I want to buy the album but it's out of stock, when are you going to have new copies?

SM Global Shop a year ago
A: Hi there! We share restock alerts on Facebook, Instagram and on our Newsletter. Please follow our Instagram, Facebook, and follow our Newsletter at SM Global Shop to get live updates of our items. (Newsletter sign-up can be found on bottom right of website)
Answer
A abigalerose28 a year ago
Q: hello, i was wondering since items go out of stock so quickly, if there was a preorder so that it can be shipped as soon as the item is back in stock? i feel it would be so nice. thank you

SM Global Shop a year ago
A: Hi, all pre-order items order process will be starting on in-stock date. Please check the start shipping date of your item. Thank you!
Answer 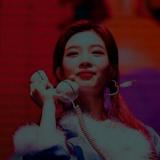 Jazmin S. a year ago
Q: I would just like to ask for the poster (random one out of six) because I didn't get it so I wondering if I could get one

SM Global Shop a year ago
A: Hi, there! For the 2nd Pre - Order - Red Velvet ‘’The ReVe Festival’ Finale’ (Finale Ver.) the posted is not included.
Answer 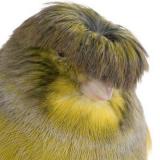 Daniel R. a year ago
Q: Hello, I was wondering if I were to order two albums, would it come with both the green and pink version? Or is it completely random and there's a chance I'll get two of the same version?

SM Global Shop a year ago
A: Hi, there! It is completely random, so we cannot guarantee which one you would get. Thank you.
Answer 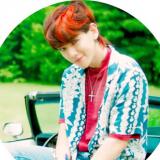 HO K. a year ago
Q: Hi~ Can I know that "1 poster (folded, random 1 out of 6)" which means it will have the poster but it will be shipped by folded?

SM Global Shop a year ago
A: Yes. It is one random folded poster.
Answer
X